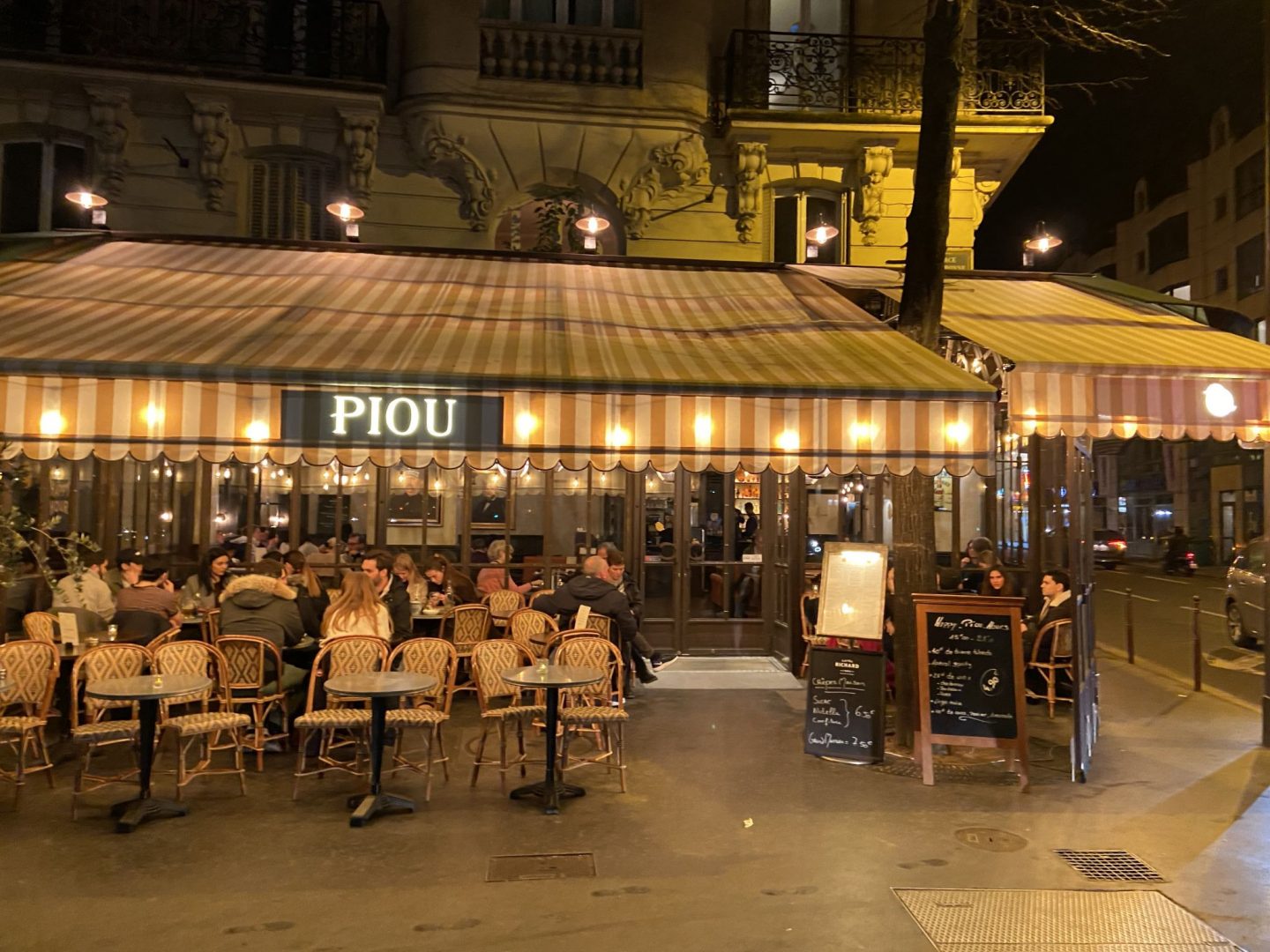 My boyfriend has a new job, yay! To celebrate that, he took me out for dinner. At first we wanted to go to a restaurant that we’ve been to before and served good food. In the end we chose the restaurant next door, because it seemed cosy. Restaurant Le Piou, on Place Cambronne.

The restaurant is located on Place Cambronne, quite a crowded crossroad close to the Eiffel tower and Hotel Les Invalides. There are quite some hotels in the area, so it’s quite a touristy neighbourhood. There were a lot of English speaking guests in the restaurant and the staff was able to speak the language as well. (This is quite useful, when you don’t speak any French yourself.) On the outside it looks really cosy and the happy hour lasts quite long, so that’s why we choose to eat at the restaurant.

When we entered the restaurant, there was another couple looking for a table as well. We got to choose our own table and my boyfriend and I chose a table next to the window. We had to wait quite long for the waitress to show up, while the couple that had entered at the same time, already drank half of their drinks, we didn’t even have a waitress welcoming us. When the waitress finally came, my boyfriend asked her in a friendly way if the cocktails were part of the happy hour and she replied in quite an offensive way. Making it seem like his question was ridiculous and it wasn’t more than logical that cocktails were not included. At that point I should have known better and make the choice to change of restaurant. We didn’t do this.
While the waitress was setting our table, she was talking to the people at the table next to ours. She didn’t even look what she was doing and randomly dropped our forks and knives on the table. I did not like the fact that she didn’t give us any attention. After that, she threw part of my drink on me and by the end of the night we had to wait a long time before getting our bill. The waitress was busy talking and joking with her coworkers, a reason to make us wait. Long story short: I have never had such bad service in a restaurant.

The menu of the restaurant is quite limited. This is not a problem, but it is remarkable. We expected the restaurant to be similar to the one next door (they kinda have the same vibe), so it was a bit of a disappointment. At Royale Cambronne (the restaurant that we’ve been to before) has about 20 different pizza’s and at Le Piou you can choose from 3. In the end my boyfriend and I decided to share two different dishes. A chicken burger with mozzarella, spinach and pesto and a fish and chips. 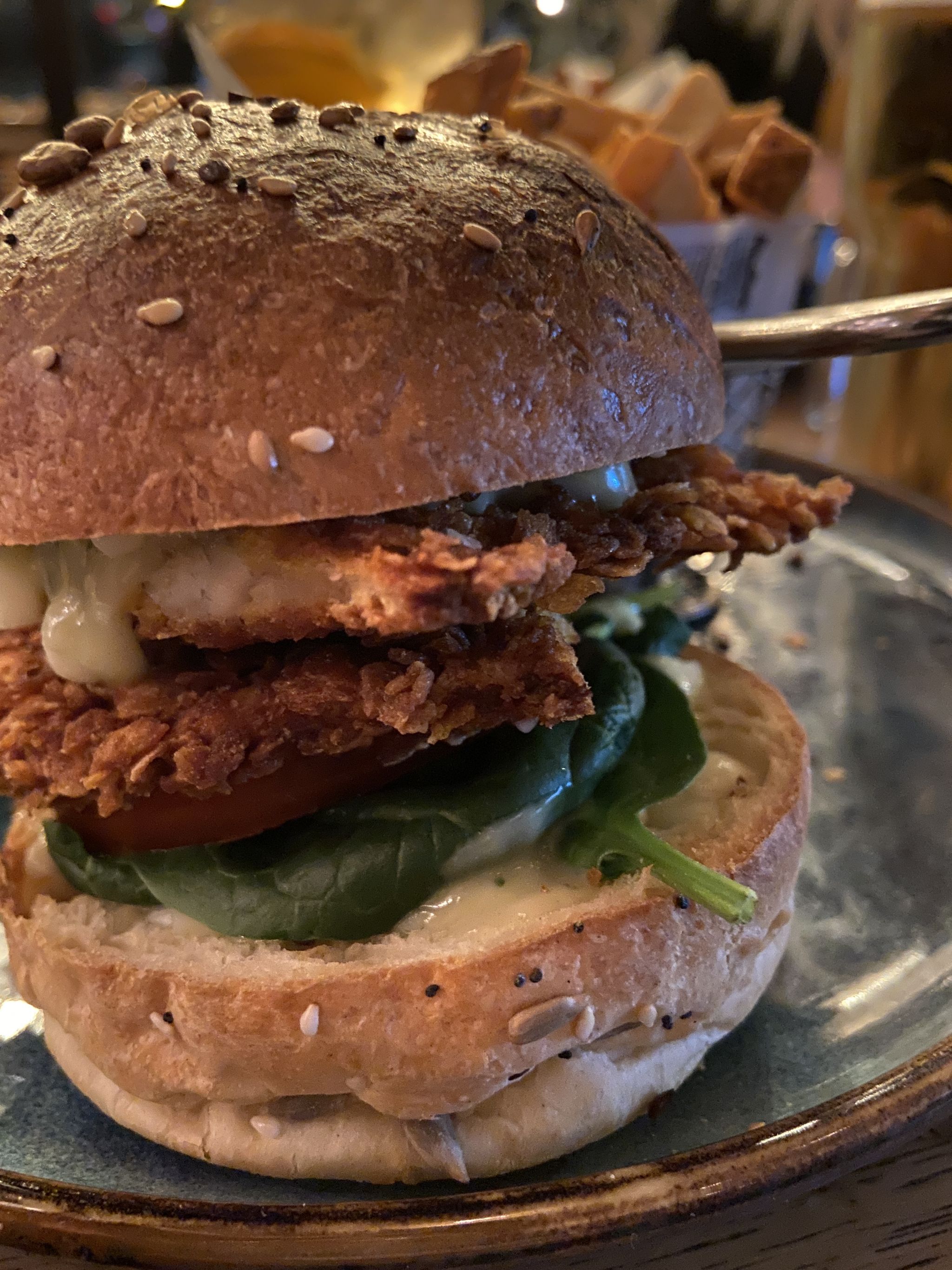 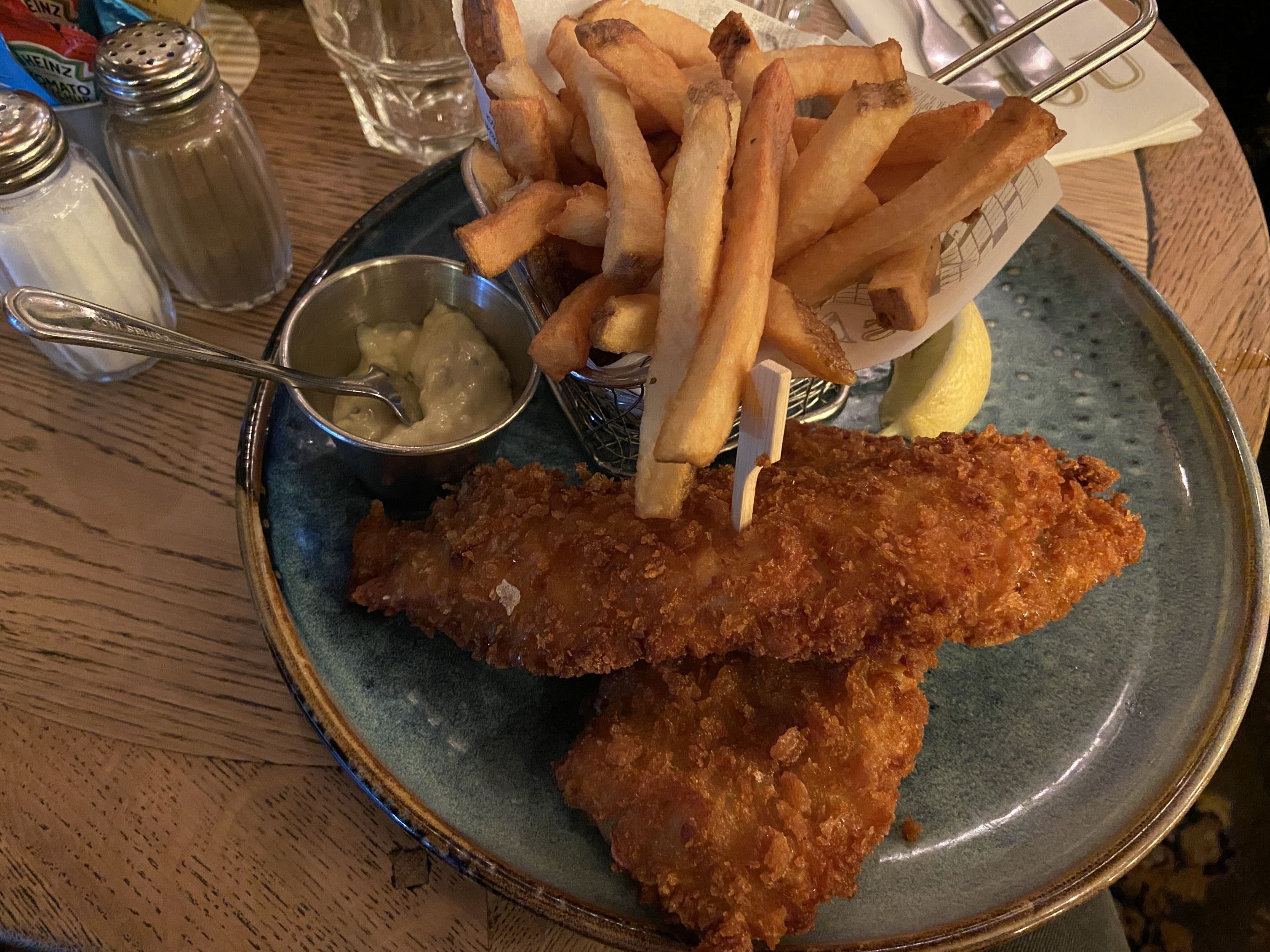 Picard is much better

Even though the food was served quite fast, it was one big disappointment. Both dishes were super dry and tasteless. The salad that came with the burger didn’t taste great and even the fries weren’t a success. We are pretty sure that the burger and fish came straight out of the freezer and got warmed up in the microwave. My boyfriend and I agreed that it’s better to buy frozen products at Picard (a store with frozen products), than eating at this restaurant. Picard is much cheaper and the food tastes better.

Do I recommend this place?

Long story short: I definitely do not recommend Le Piou! The staff is unfriendly, the dishes are over priced and the food just doesn’t taste good. We both went home with a stomachache and that shouldn’t be the case.