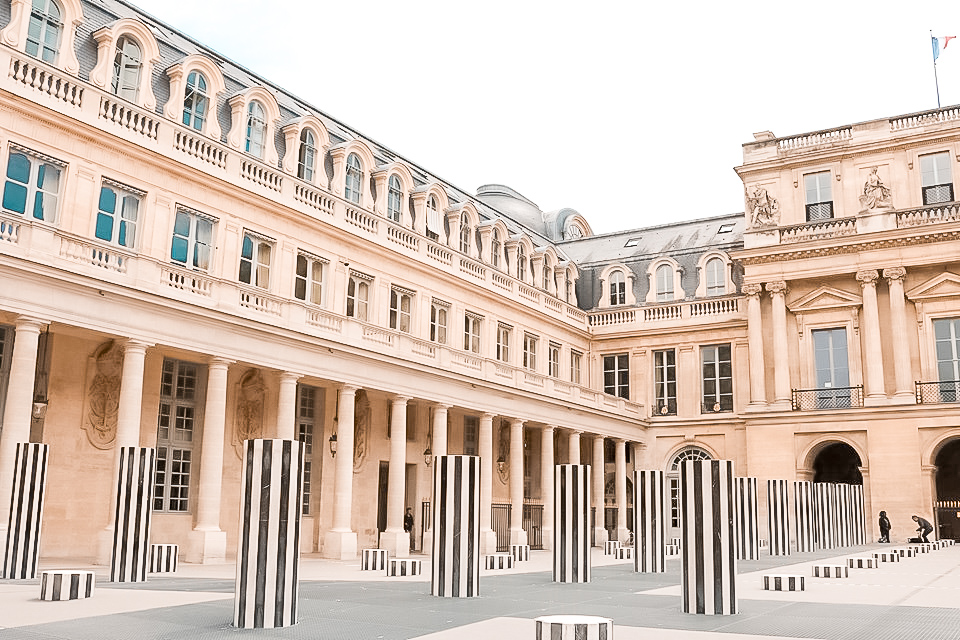 Paris isn’t just one of the most famous cities in the world, but the French capital is also a very photogenic. Every day thousands of pictures of the city are posted on social media. Hundreds of influencers, celebrities and milions of tourists share there best shot of the city of love on their Instragram. Do you want to take some Instagramable pictures in the city? Check the list down below for 7 Instagram spots in Paris. 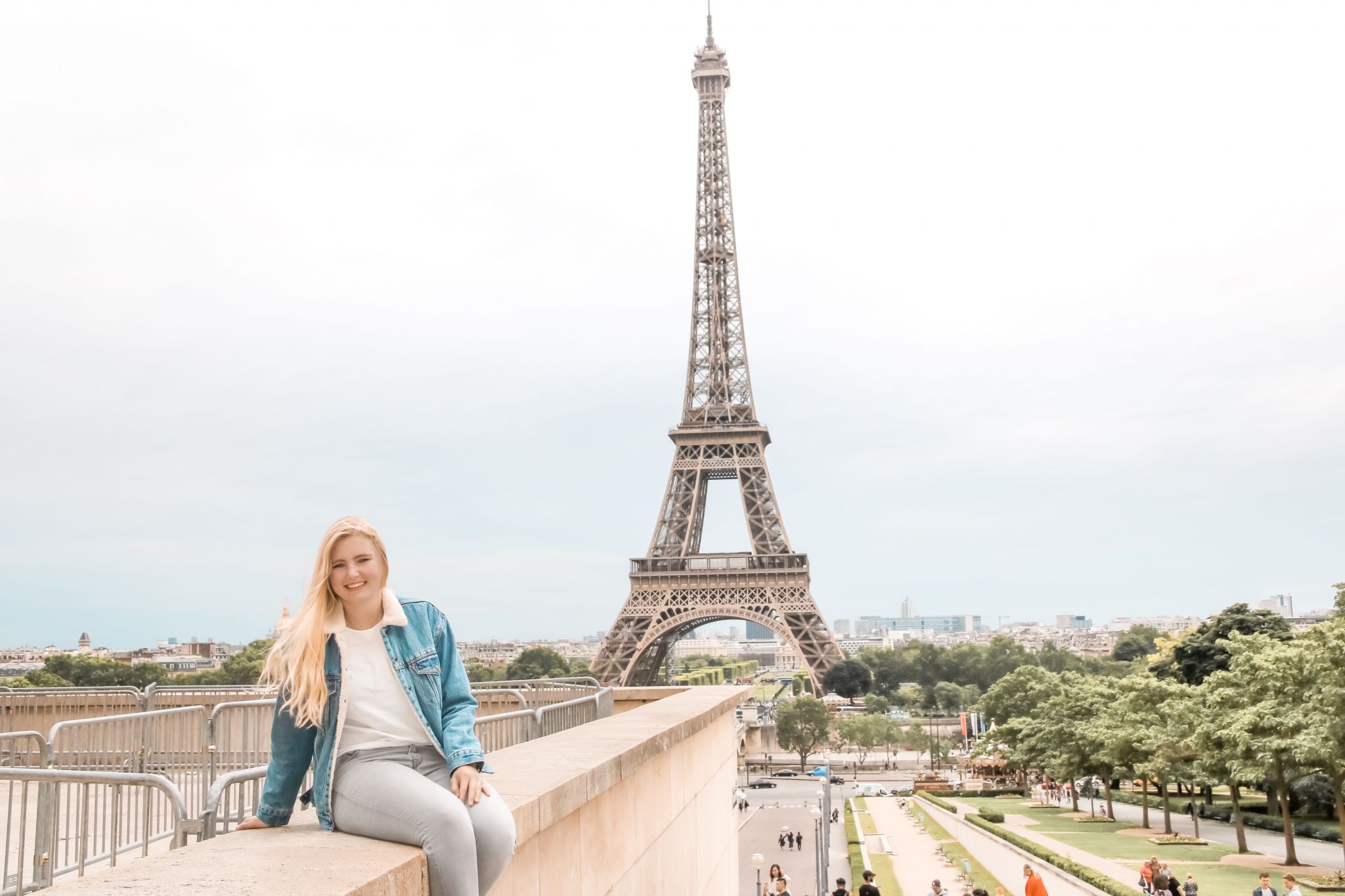 One of the best spots to take good pictures of the Eiffel tower is Trocadero. The square is situated a view meters above streetlevel so you have a good view on the Iron lady. On a daily base, thousands of tourists ome here to take some pictures. And not just tourists, but you might just run into a fashion fotoshoot.

2. Terrace of café de Flore (or another typcial Parisian terrace)

Café de Flore has gotten her fame because of famous writers and philosophers last century, who came to the Parisian coffeehouse to drink a cup of coffee. Right now the café is very wel known with influencers who want to take a picture on a french terrace. Celebrities and tourist who come to take a break after shoppingin the chique neighbourhood Saint-Germain-des-Prés.

This colourfull street in the 12th arrondisement got extremely popular these past few years. Since Instagram got a hit, hundreds of people come to see these pastel coloured houses on a dailybase. You basicly fall over all the (wannabe) influnencers. The inhabitants of the houses aren’t very happy with all the attention ans even made their own Instagram to show all the ridiculous things that people do. Like filming a full videoclip (without telling the people who live there) and a lot of acrobatic tricks. 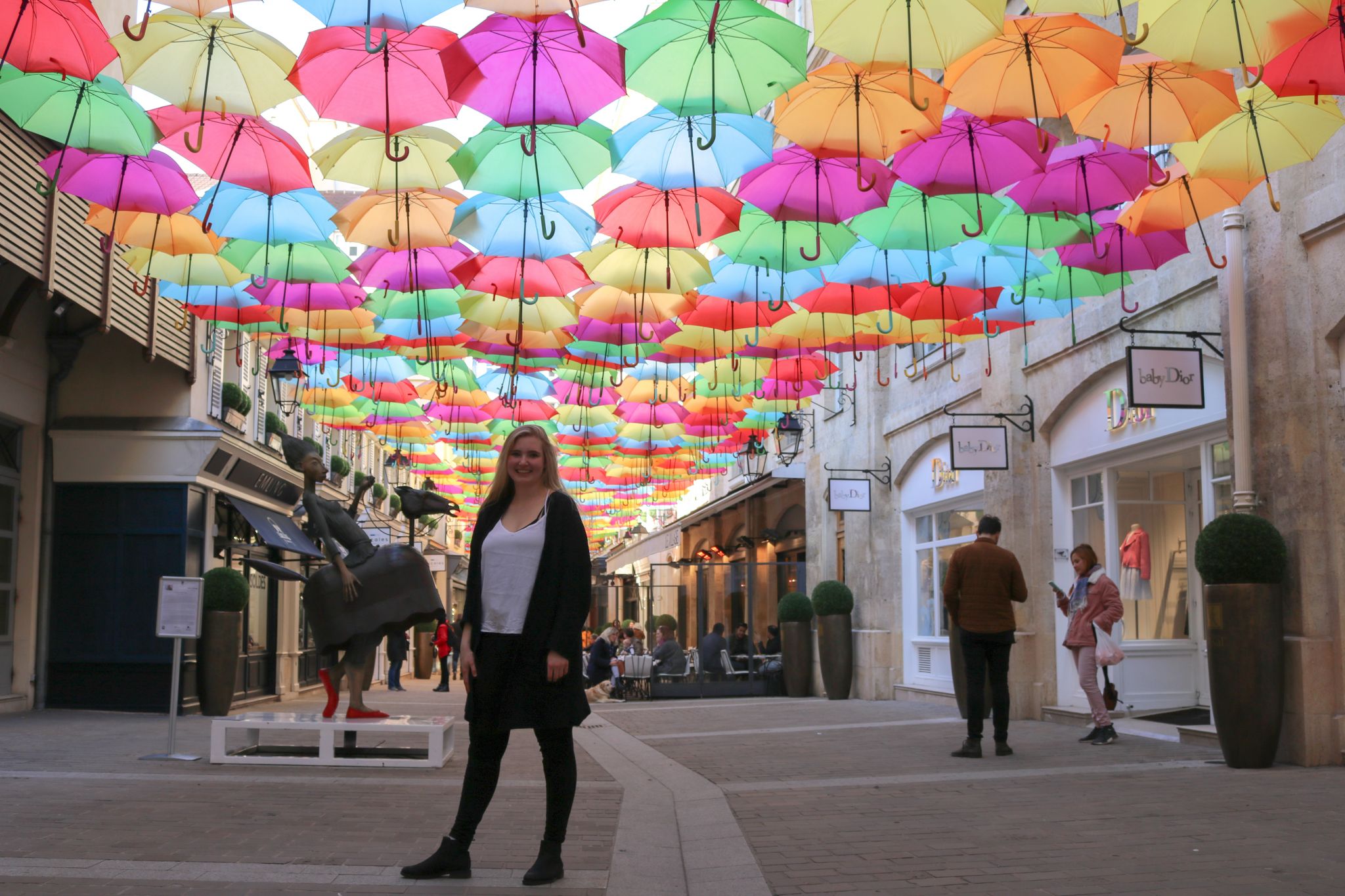 This passage with mainly expensive stores got quite popular during the past months because of all the colourfull umberella’s. The official plan was to hang them temporary and remove them in April, but they were still there in may. Until today people are still posting pictures in this street, so I am assuming they are still there. 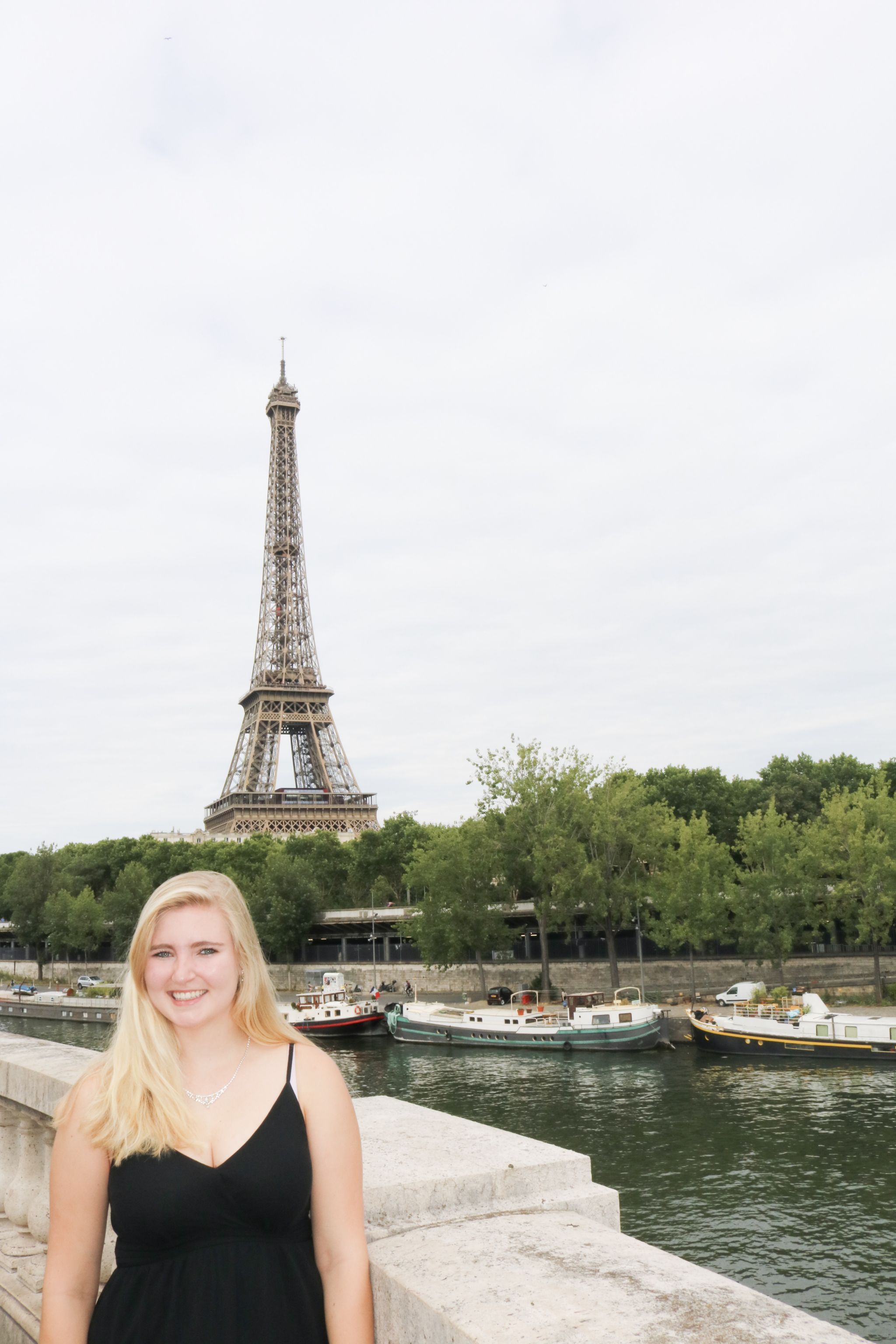 Peronally I think that this is one of the most beautiful bridges in Paris. The bridge is built up in two ‘levels’. One for pedistrians, cars and bikers and above them, you can find the subway. The bridge itself is very photogenic and you also have a good view on the Eiffel tower. 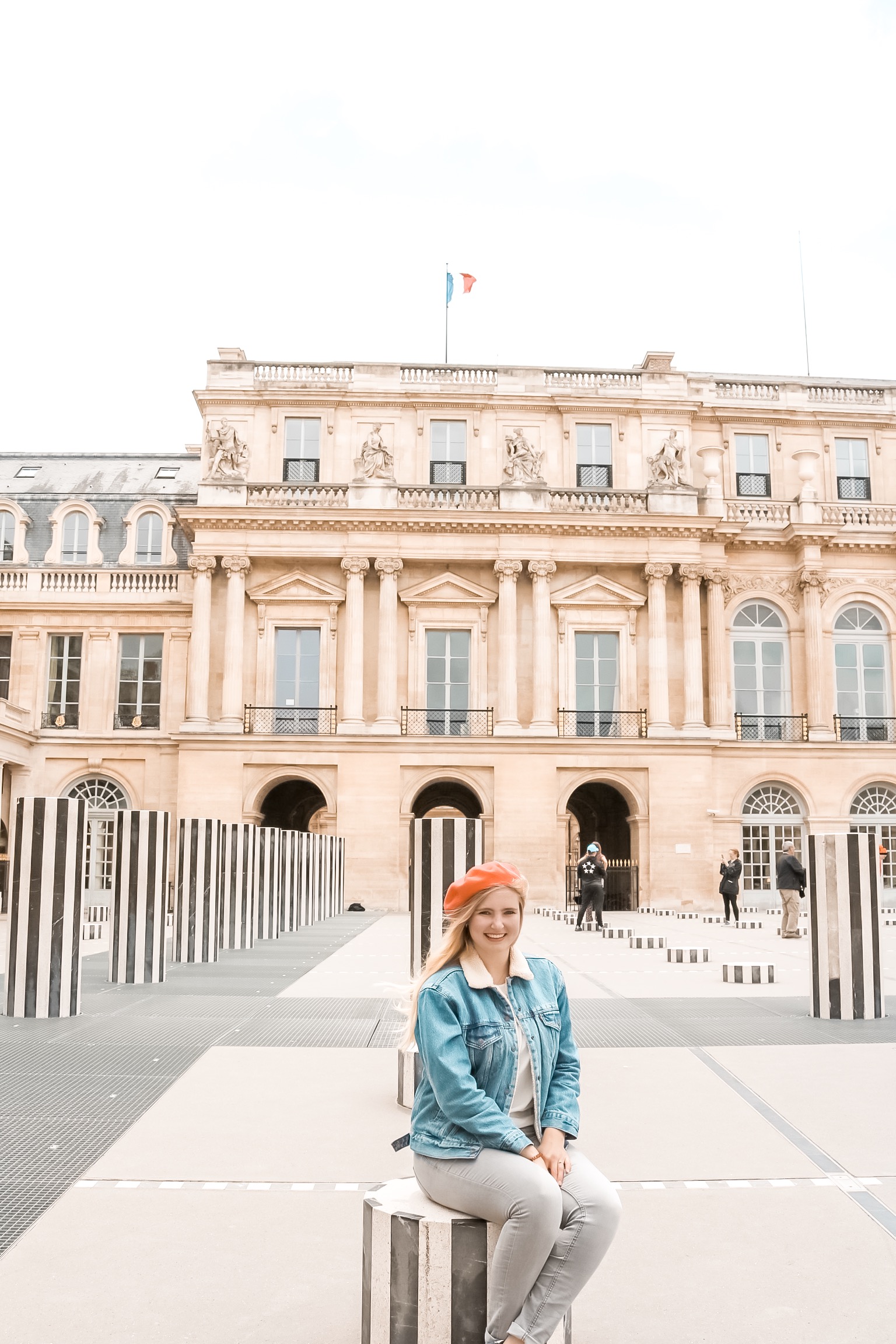 You can find these striped pilars at Palais Royal since the 80’s, right next to le Comédie-Française. The pilars are quite a contrast with the surounded classical buildings so there are some different opinions about this piece of art, that was made by the French Artist Daniel Buren. Personally I really like the artwork and it feels like a hidden gem since it’s never extremely bussy. It is one of the popular Instagram spots in Paris though. 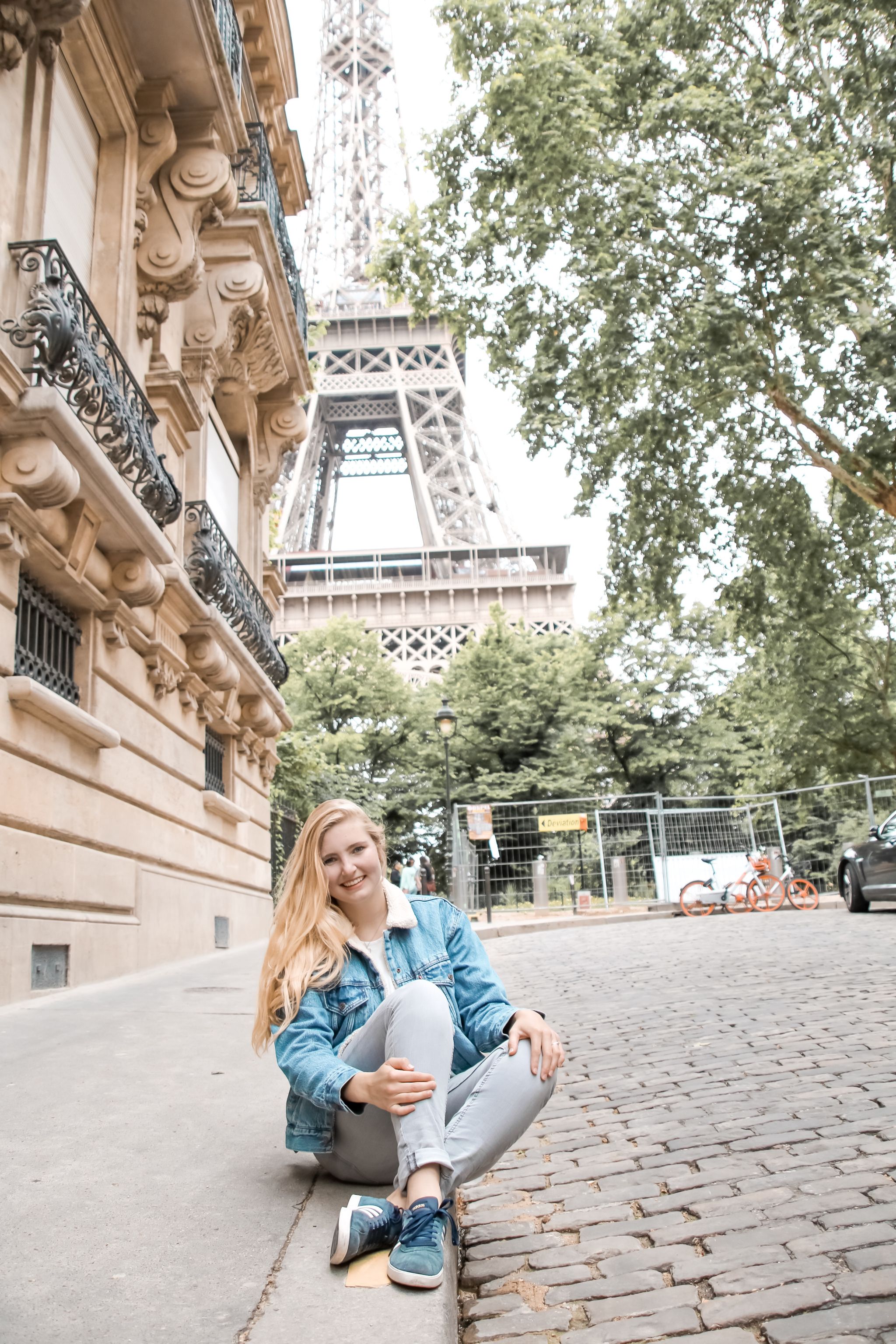 I’ve seen a lot of pictures on Instagram of people sitting on the street with the Eiffel tower in the background, but I just never knew where it was. It took a while to find out, but now I know this Instagram spot in Paris. The pictures are taken on rue de l’université in the 7th arrondisement.

Do you want to see more Instagram spots in Paris? Don’t forget to follow me on Instagram!
For more blogposts about Paris, you can check out this page.