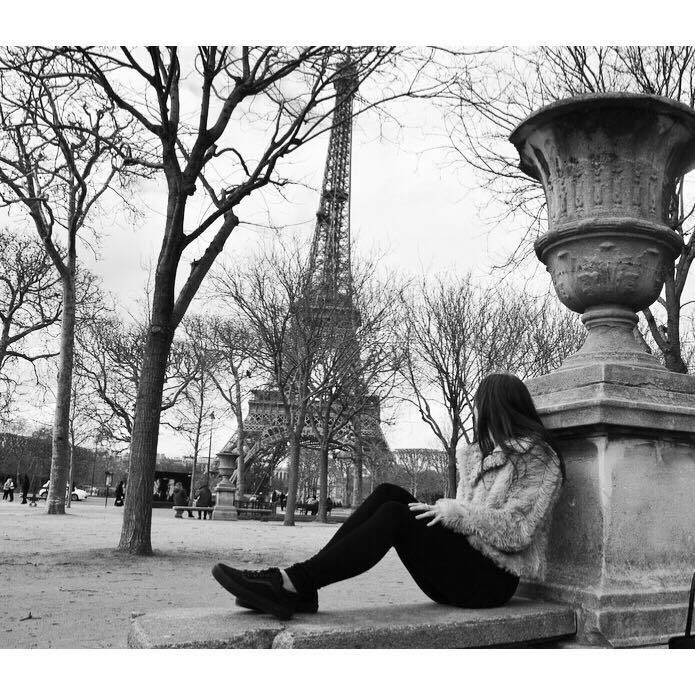 Studying abroad, an internship far away or leaving everything behind to be with the love of your life on the other side of the world. These reasons are quite common for people to move abroad for a long time (or forever). The story of 25-years old Anique from Gemert (the Netherlands) is a bit different. She fell in love with the city of Paris and decided to move to the French capital, all by herself. ‘’I really enjoy living here!’’

Anique visited the city of lights for the first time during a high school trip. ‘’I really liked the city from the fist moment that I got here and I thought, I would like to live here.’’ She studied social work in the Netherlands, but kept dreaming about living in Paris. ‘’In March 2018, I decided to move to Paris for three months to work as a nanny and in the end I stayed for 5 months.’’ She has been officially living in Paris since December 2018. “I am not leaving anytime soon.’’

Anique has been in Paris for a total of 6,5 months and she’s moved four times within the city. ‘’The first time that I got here for a long time, I stayed in two different Airbnb’s. The past month I’ve been living in a temporary apartment and since the beginning of February, I got my new apartment. Finally a place where I can stay as long as I want.’’ Anique is sharing her apartment with another woman and the landlord. ‘’It is a really nice place and it totally feels like home.’’

Anique has been working as a nanny during the first months of her stay. ‘’I was babysitting a few hours per day, but since I didn’t get enough hours, I got an extra job.’’ In December she started working at a bilingual daycare as an English teacher assistant. ‘’I usually communicate in English with those kids, but sometimes we have to speak French.’’ Soon she will start her studies to become an English teacher assistant. ‘’Once I am done I, will officially have a diploma for the work that I am doing right now.’’

When Anique isn’t working, she likes to spent time with her friends that she met in her French class. ‘’The majority of my friends are from South America so that is quite special. They mainly communicate in Spanish so I learned some Spanish during the past months. Right now I am able to understand all the Spanish text messages they sent in our WhatsApp group.’’ Anique likes to go out with her friends, have a drink in one of the many bars in Paris and going out for a party. ‘’I really like dancing, so we go to salsa clubs on a frequent base.’’ During summertime, she likes to go for a picknick in one of the Parisian parks or just walk around the city. ‘’There is always something to do, and it feels like everything is possible in this city.’’

Right now, Anique really enjoys her time in Paris and she totally feels at home. ‘’I still have a job till June 2020, so for the next year and a half I am staying here.’’ But besides that, she doesn’t have any plans for the future. ‘’I think it’s quite a scary idea to leave the Netherlands forever, but I can’t imagine going back anytime soon. I am having way too much fun here!’’