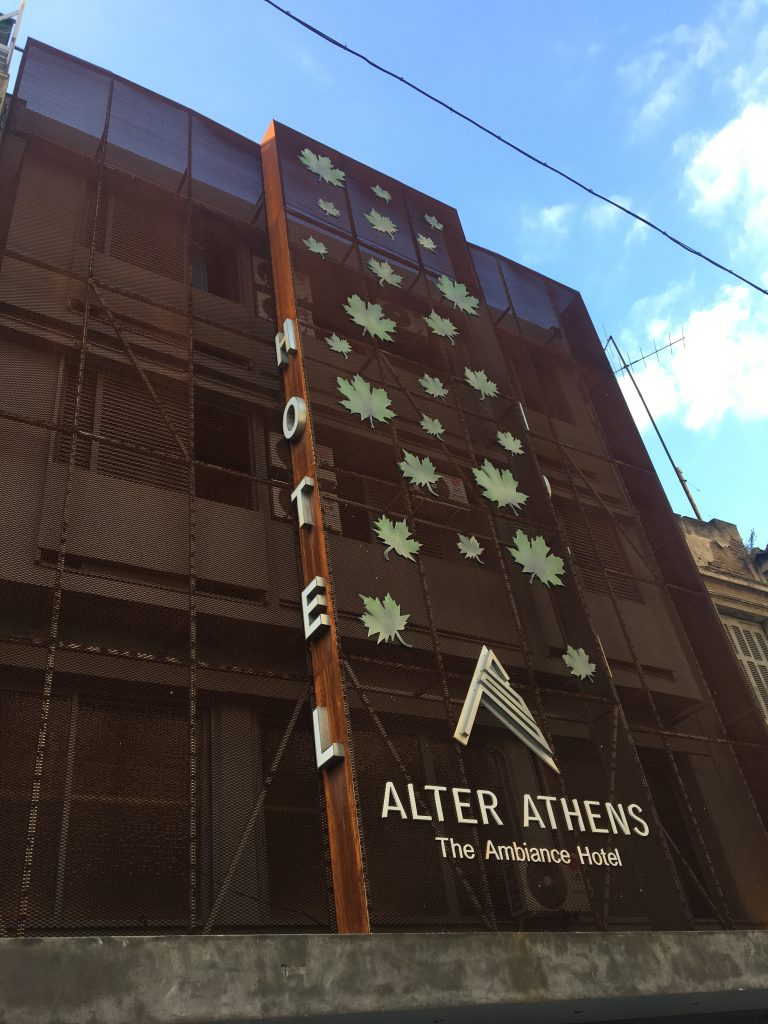 Two weeks ago I was travelling in Greece with my parents and we ended up staying in quite a special hotel. We’ve travelled around the Peleponnesos for five days and finished ended our trip with two days in Athens. We arrived Friday afternoon and flew back to Amsterdam on Sunday morning.

When we entered the hotel in Athens we were welcomed in the lobby. The space looked clean and put together, but it didn’t really have a nice ambiance. The room was styled quite furnished with the reception desk, a bar and a big table. At that moment I was still convinced to be in a normal hotel. My parents were sleeping at the ground floor and my brother and I shared a room on the second floor.

The worries started when we were walking through the hallway, to go to our room: floors were made with black carpet, the walls were painted black and there was no natural light. Surprisingly, the walls were decorated with velvet figures, and because of the light, it looked red. I have to admit that it kinda looked like a brothel (or at least how I would imagine one).
Once I entered the room, I got really shocked and hesitated between laughing and crying.
In the middle of the room there was a small double bed with a black, glitter bedsheet, there was a huge mirror at the end of the bed, but the worst part was the giant mirror on the sealing, surrounded by feathers. Long story short, you were able to look at yourself from every single direction. 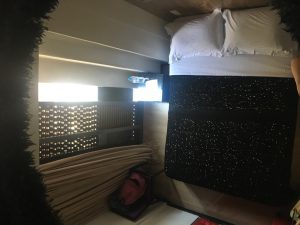 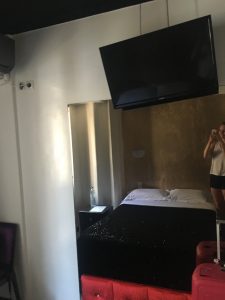 Quite surprised with our room, I felt the need to check out the one of my parents. That looked so much better than ours. They were quite shocked when they found out about our room and started joking about being in a sex hotel. ‘’Maybe you can even rent the rooms per hour.’’

Together we’ve visited the city center, and ended up at a rooftop terrace. We researched the hotel reviews online and I have to say, they weren’t lying. The hotel was an actual sex hotel. We weren’t the first ones who accidently ended up there, and we read several reviews from people who laid awake the whole night because of other people having loud sex, right down the hallway. Or the sound of the hotel staff cleaning up the rooms, before the next ‘couple’ could use it. We saw pictures of the other rooms and suddenly I realized my brother and I didn’t get the worst room. You good actually rent rooms with red velvet walls or disco lightning on the ceiling. That’s the moment when I realized why the hotel staff had looked so surprised when we asked for the breakfast room and two separate beds in the room of my brother and me. They didn’t have those in the hotel. Suddenly I realized why the receptionist advised us delivery restaurants when we asked for nice places to eat out.

The first night wasn’t as bad as expected, besides the fact that I couldn’t sleep. There were people talking very loudly in the hallway, the ac was super loud and there were so many cars driving through the street. Not a great night, but not as bad as we expected.

Night two was horrible. Around midnight our night rest was disturbed by the screams of a lady down the hall. Followed by the sounds of some hard sex, and I wouldn’t be surprised if there were more than two people involved. Even the loud sound of our AC couldn’t block out the sound of the (animal) screams coming out of the other room.

At one point my parents ended up talking to someone from the hotel staff. He told them, that the hotel is an actual rendez-vous hotel with possibility’s to rent rooms per hour during winter time. Especially the rooms on the first floor are used for these kind of hotel stays. He told them that it’s very normal to rent hotels per hour in Greece. Usually just during wintertime because they don’t want the disturb the tourists during the summer. Well, from experience I can say: tourists are getting disturbed. I layed awake for most of the night, listening to the screams of my neighbor. 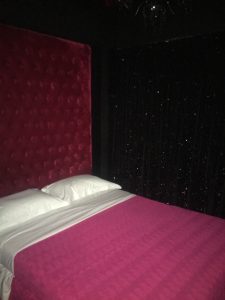 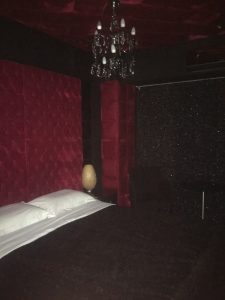 The hotelrooms on the first floor

Nowadays, the sex hotel story is one that we laugh about and it’s a good story for parties or family gatherings. But I have to say, at that moment we weren’t happy at all.